Android 4.3 is an update to the Jelly Bean release that offers new features for users and app developers. This document provides an introduction to the most notable new APIs. 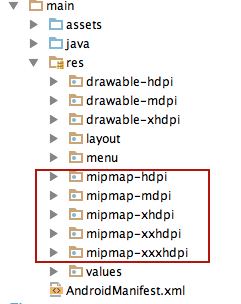 Wikipedia defines this as

In 3D computer graphics, mipmaps (also MIP maps) are pre-calculated, optimized collections of images that accompany a main texture, intended to increase rendering speed and reduce aliasing artifacts. They are widely used in 3D computer games, flight simulators and other 3D imaging systems for texture filtering. Their use is known as mipmapping. The letters “MIP” in the name are an acronym of the Latin phrase multum in parvo, meaning “much in little”.[1] Since mipmaps cannot be calculated in real time, additional storage space is required to take advantage of them. They also form the basis of wavelet compression.

How can we minify textures without introducing noise and use all of the texels? This can be done by generating a set of optimized textures at different sizes which we can then use at runtime. Since these textures are pre-generated, they can be filtered using more expensive techniques that use all of the texels, and at runtime OpenGL will select the most appropriate level based on the final size of the texture on the screen. 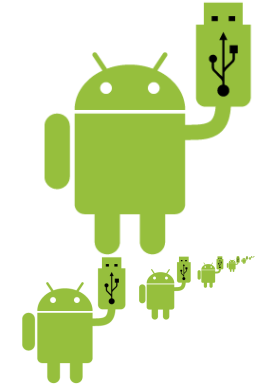 The resulting image can have more detail, less noise, and look better overall. Although a bit more memory will be used, rendering can also be faster, as the smaller levels can be more easily kept in the GPU’s texture cache.

Let’s take a closer look at the resulting image at 1/8th of its original size, using bilinear filtering without and with mipmaps; the image has been expanded for clarity:

The version using mipmaps has vastly more detail. Because of the pre-processing of the image into separate levels, all of the texels end up getting used in the final image.

Mipmaps are able to work with Android 2.2+. But with Android 4.3, Google almost foreces developers to use mipmaps with all their apps. This will dramatically Speeding up rendering times of images, Improving the quality and Reducing stress on GPU. And with this, developers can use heavy graphics and textures without any second thinking..

9 thoughts on “Mipmapping for drawables in Android 4.3”